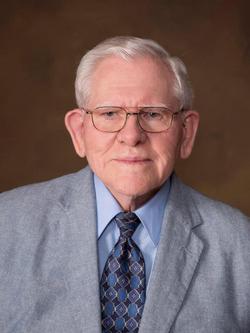 William M. Abercrombie Mr. William Marion (Abbie) Abercrombie (85) died on Sunday March 22, 2015 at Marshall Medical Center South. Services will be Tuesday March 24th Two o'clock p.m. at McRae Funeral Home in Boaz with Brother Jerri Manasco and Brother Thomas Wortham officiating. Burial will follow at Hillcrest Cemetery in Boaz. Visitation will be on Monday March 23rd from 5 to 8 P.M. Abbie was born to William and Matilda Abercrombie on September 17th, 1929 in Albertville. He attended Albertville High School and was a critical member of their football teams his sophomore and senior years. After graduation he was offered a football scholarship to the University of Alabama but decided to decline the offer and help support his widowed mother instead. His football honors include selection to the All Time Greatest Aggie Football Team and induction into the Marshall County Sports Hall of Fame in 2004. During his high school years he also worked part time for S.N. Whitten of Whitten Auto Parts and continued to work there after graduation until Mr. Whitten helped him to open his own parts store in Boaz in 1964. He loved working at his parts store and developed countless friendships over the 50+ years he was in business. He continued to work there until his heart attack on March 2nd. In addition to working at his business he has been on the boards of Marshall Healthcare Authority which oversees the hospitals in the county, Marshall Dekalb Electric Cooperative, First Bank of Boaz, Associate Jobbers Warehouse and the Boaz Industrial Board. He has also served as an Elder for Crestview Church of Christ for over 30 years. In 1997 he was selected as Boaz Citizen of the Year. He always tried to treat everyone with honesty and respect and was considered to be a pillar of his community. Mr. Abercrombie is survived by his wife of 64 years Frances Beck Abercrombie; sister Betty Claborn of Birmingham; son Joe (Sherry) Abercrombie, daughter Becky Shepard and six grandchildren; J.P. Abercrombie, Jonathon Wilson, Katie Wilson, Houston Shepard, Sam Shepard and Wyatt Shepard. Pall bearers will be J.P. Abercrombie, Jonathon Wilson, Houston Shepard, Sam Shepard, Wyatt Shepard and Randy Harvell. Honorary pall bearers will be the Elders of Crestview Church of Christ. Additional honorary pall bearers will be Ricky Ray and George Barnett. In lieu of flowers, donations may be made to the Foundation for Marshall Medical Centers, P.O. Box 855, Guntersville, AL 35976.

To order memorial trees or send flowers to the family in memory of William Abercrombie, please visit our flower store.