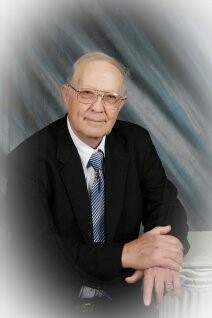 Service will be held on Tuesday, June 15, 2021, at two o’clock p.m. in the McRae Chapel with Bro. Farrell Blanks and Bro. Cody Nugent officiating. Interment will follow in Dekalb Memorial Gardens. Visitation will be on Monday evening from 6:00 pm until 8:00 pm at the funeral home.

Mr. Hooper was born in Alabama on March 9, 1930, to Thomas James and Lula Mae Smith Hooper. He was a retired USDA Inspector and a proud Army Veteran. He grew up farming, was drafted into the Army and served in the Korean War, where he received a Purple Heart. His greatest subject was telling everyone about Jesus-He was saved on December 24, 1950, and lived for the Lord the rest of his life! He loved to make wooden puzzles and toys for the children and family members. He loved his family dearly and called each family member’s name in prayer every night. He and his wife, Helen were founding members of Freedom Baptist Church.

To order memorial trees or send flowers to the family in memory of Willard Hooper, please visit our flower store.