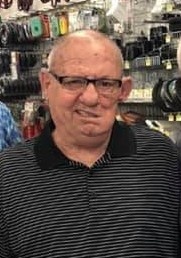 John Thomas Gibson – Tommy to most everyone who knew him – passed away June 28, 2019.  Tommy was born September 22, 1947.  He lived in Albertville and graduated from Albertville High School in 1966.  He was married to Jackie Akridge Gibson for 53 years. They resided in Boaz and had two sons, John and Brady Gibson and three grandchildren, Dallas, Zack and Kailey Gibson, and sister-in-law Betty Akridge Delchamps of Birmingham.  He was predeceased by his parents Leo and Willie B. Gibson of Albertville, in-laws L.D. and LaRue Akridge of Boaz.

Having two boys, Tommy was active for many years in youth sport activities: baseball, basketball and sometimes soccer – even though he knew absolutely nothing about soccer.  The soccer team needed a coach so he gave it a try.

He worked for Liberty National Life Insurance Company prior to beginning his tenure at Weathers Ace Hardware where he worked and was part of the Weathers team for over 40 years, until he had to retire in the spring of 2019 due to health reasons.  Weathers was his “home away from home,” and he loved his job.  He not only loved his job but also the people he worked with, his customers and most of all the Weathers family: Bobby, Kathy, Amanda, Jeff, Jennifer, and Adam.  He enjoyed helping people and truly cared about his customers.  He believed in going that extra mile to make sure his customers were taken care of.  To him, they were not just customers, they were his friends.

Tommy had been a active member of St. Paul United Methodist Church since 1966 where he served as Board Chairman and on various committees over the many years: however, he most enjoyed serving on the Trustees Committee.  He felt that he could make the most positive impact to the church by serving where he felt that he was the best fit; this was trustees.  It was a well known fact that you didn’t mention to Tommy that something needed to be done if you didn’t want it done.  He might not have always gotten it done the way people thought it should have been done, but it was taken care of.  Tommy took great pride in his church and loved it dearly.

Tommy was also a member of the Boaz Gas Board, where he served as chairman for many years.  He anxiously awaited the monthly gas board meetings; struggling to make the last couple meetings due to health issues but determined to go if he could possibly get there.

Tommy loved his family, his church and his job.  Perhaps, one of the things he was most proud of was the satisfaction he received from mentoring young men and women as they often times began their first real job – working after school, working while attending college, or simply working because school simply wasn’t for them.  But they need a job and were still trying to find where they fit in.  He was humbled when so many of the young men and women who had worked for him attended the retirement celebration given by the Weathers family last spring.  Nothing pleased him more than for them to come by and tell him what a positive influence he had in their lives and how much he had taught them.  Tommy will be greatly missed by his family, friends and community.

To order memorial trees or send flowers to the family in memory of Tommy Gibson, please visit our flower store.