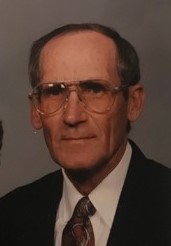 Funeral service will be held at Three o’clock p.m. on Sunday, September 22, 2019 at McRae Funeral Home Chapel with Bro. Chuck Knight and Bro. Brad Williams officiating. Burial will follow in Marshall Memorial Gardens. Visitation will be on Sunday from 1:00 p.m. until service time at the funeral home.

To order memorial trees or send flowers to the family in memory of Thomas Knight, please visit our flower store.