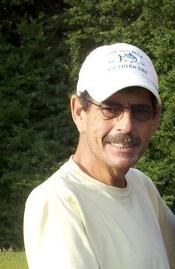 Services were held on 7:00 p.m. Tuesday, Nov. 13, 2012 at McRae Chapel, interment will be 2:00 p.m. Wednesday, Nov. 14, 2012 in Prospect Cemetery, Hollow Rock, Tennessee. Tony King and Ray Amberson will provide the Eulogies. McRae Funeral Home, Boaz, Alabama is in charge of the arrangements. Visitation will be Tuesday evening from 4 until 7 at the funeral home.

Mr. Hopper was born in Tennessee on Oct. 4, 1962 to Taylor Lincoln & Patricia Golightly Hopper. He was a wholesale representative for Allen Edmonds Shoe Company.

To order memorial trees or send flowers to the family in memory of Steven Hopper, please visit our flower store.