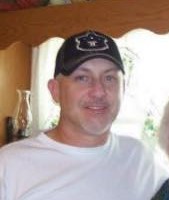 Service will be held on Monday, April 2, 2018 at Four o’clock p.m. in the Chapel of McRae Funeral Home. Dustin Brock will be officiating. Interment will follow in the Hillcrest Cemetery. Visitation will be on Monday from 1:00 p.m. until service time the funeral home.

Mr. Mullinax was born in Alabama on March 6, 1967 to Johnny Jacob & Ruth Underwood Mullinax. He was a construction worker for a mobile home manufacturer.

To order memorial trees or send flowers to the family in memory of Shannon Mullinax, please visit our flower store.