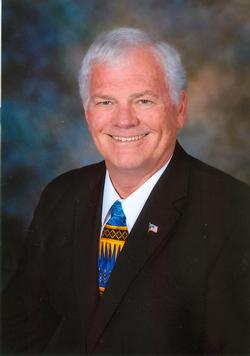 Rev, Jerry W. Brooks, 70, went to be with his Jesus on Thursday, July, 3, 2014. He had suffered several strokes over the last 2 years but his ability to give witness to God's love and power never diminished. On the ambulance ride after his first stroke he shared how to have eternal life in Heaven with the paramedic riding along side.

He was a graduate of Boaz High School and served in the US Air Force. He served others by teaching History, Economics and Psychology at Sardis High School and driving a bus for 35 years. However Rev. Brooks' cherished vocation was as a minister and pastor to 9 churches spanning 45 years.

He began his ministry in Guntersville at Hillcrest Baptist. As the years passed he also served the Lord at Bethlehem, Baker's Chapel, Red Apple, White Oak and Beulah Baptist as pastor. He served as Minister of Education at Chapel Hill and Sardis Baptist. The final place of service for his Savior was Bethany Baptist as Senior Adult Pastor. His health caused him to give up a formal ministry but, he never gave up sharing with people that Jesus is the way, the truth and his life.

Jerry is survived by his wife of 51 years, Margaret Hill Brooks. She was his "sweetie" and the loved and laughed together as one. They referred to each other as a "we" not a me. He also left behind 2 children and their spouses, Samantha & Bobby Matthews and Stacey & Kim Brooks. Together Jerry and Margaret taught their children to love God and put a witness to Him before any other part of life.

He is also survived by 5 grandchildren, Captain Joshua and Jessica Matthews, Caleb Matthews, Chelsi Matthews, Becca Brooks and Ashlyn Brooks. His most recent joy was found in the hugs and kisses of his great-granddaughter, Evalan Rose Matthews.

He leaves behind a brother, 4 sisters and 3 in-laws who he considered friends and fellow workers for God: Cathy McLemore, Amos Brooks, Helen & Harold Brothers, Janet & Tommy Williams and Martha & Michael Head. He also has a dear sister-in-law, Karen Brooks who was widowed when his oldest brother, Charles went on to be with the Lord several years ago.

His parents, Rev. L.T. & Edith Brooks and in-laws, Rev. W. J. & Clara Hill went to Heaven before him. He was also preceded in death by his great-niece, Jessie Brooks, nephew, Jeff Brothers and sister-in-law, Charlotte Brooks

Jerry had an intense love for Alabama football, playing Rook and banana pudding. However, He loved nothing better than his Jesus!

A Celebration of life will be held Wednesday, July, 9, 2014 at Bethany Baptist Church in Horton. Visitation will be from 2 until time for the Memorial service at 5:00 o'clock in the church sanctuary.

To order memorial trees or send flowers to the family in memory of Rev. Jerry Brooks, please visit our flower store.