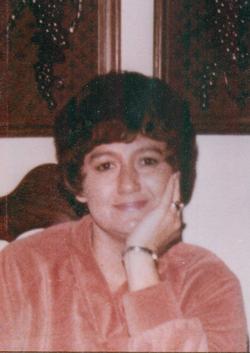 The funeral service will be Wednesday, October 4, 2017 at 1:00 p. m. at the McRae Funeral Home Chapel with Bro. Chris Watkins officiating. Interment will follow in the Oakhill Cemetery, Oneonta, Alabama. The family will receive friends Wednesday from 11:00 a.m. until funeral time at the funeral home.

Mrs. Hyde was born in Oneonta, Alabama on December 13 ,1936 to Samuel Cecil & Hazel Presley Owen. She was a bookkeeper and homemaker.

Mrs. Hyde is survived by her husband: Beecher Hyde of Boaz, Son: Ronnie Hyde of Boaz, Grandson: Chase (Whitley Downs) Hyde of Huntsville. She was preceded in death by her parents: Cecil & Hazel Owen.

Charitable donations may be made to:

To order memorial trees or send flowers to the family in memory of Rebecca Hyde, please visit our flower store.