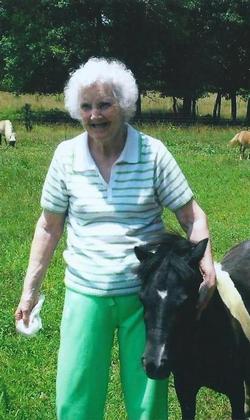 Service will be held Wednesday, August 8, 2014, at 7:00 p.m. at McRae Chapel. Bobby Thomas will be officiating McRae Funeral Home, Boaz is in charge of the arrangements. Visitation will be Wednesday from 5 until funeral time at the funeral home.

Mrs. NeSmith was born in Marshall County,Alabama on May 2, 1932 to Buck & Minnie Doyle Buchanan. She was a retired from the poultry industry.

To order memorial trees or send flowers to the family in memory of Phyllis NeSmith, please visit our flower store.