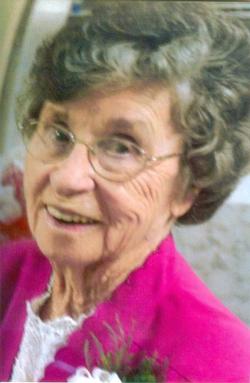 Merle was born in Blount County, March 5 1919. She was educated in Blount County and Emma Sansom High School, after moving to Gadsden, Alabama. She was employed by Dwight Mills before her marriage to James Corby Fielder Dec. 24, 1935 at the Alabama City Methodist Church. They moved to Boaz, Al. and began farming. Later, she had an Upholstery Shop, and was in the Poultry Industry for many years. She had six children who grew up as a part of Pleasant Hill #1 Baptist Church. Merle taught Sunday School several years, was a member of the choir, and started taking piano lessons at the age of 72, and stopped to take care of her mother for seven years until her death at age 102. She was the longest member of her church.

To order memorial trees or send flowers to the family in memory of Merle Fielder, please visit our flower store.