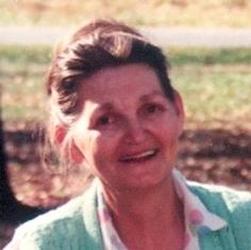 Funeral service will be Thursday, July 7, 2016 at 1:00 pm in the McRae Funeral Home Chapel with Bro Curtis Mason officiating. Burial will follow in New Life Christian Center Cemetery. Family will receive friends Wednesday evening from 6:00 to 8:00 pm at the funeral home.

Family would like to send a special thanks to AlaCare Hospice, Elaine Copeland, and Tommy & Patty Henderson.

To order memorial trees or send flowers to the family in memory of Mary Henderson, please visit our flower store.