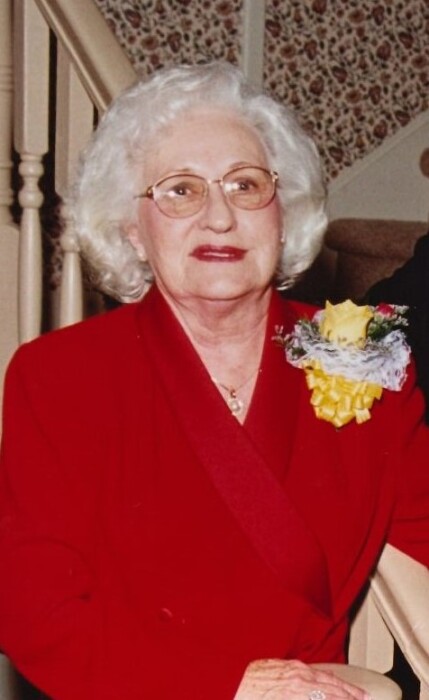 Louise Willmore Pack, 90, of Boaz passed from this life on September 15, 2020. She was a Christian, wife, mother, grandmother, sister, and friend to many. To her grandchildren and others, she was known as Maw Maw.

Ruby Louise Willmore Pack was born in Dekalb County on January 30, 1930, to B. F. and Vera Willmore. She was baptized into Christ on the same day as her future husband, G. C. Pack, around the age of 13. Their baptism took place in Short Creek, near what is now Arlie Lacey Road, and they were long time members of East Albertville Church of Christ. She was a 1949 graduate of Crossville High School. G.C. and Louise were married on January 22, 1949. They were blessed with 3 children and built a happy life. In 1968 the began Pack’s Nursery. It was through her support and dedication it was able to become the successful business it is today.

Funeral services will be held at McRae Funeral Home, Boaz on September 16, 2020, a two o’clock p.m. and conducted by her son-in-law Gerald White and her grandson Shane Pack. She will be buried alongside her husband and other family at Blessing Church of Christ Cemetery. Her family rests their hope firmly in the promises of God and the hope found in Jesus Christ.

The family wishes to thank the Marshall Medical Center South ICU and Shepherd’s Cove Hospice of Marshall County. Also, a very special thank you to the staff of Albertville Nursing Home for their years of love, care, and concern.

To order memorial trees or send flowers to the family in memory of Louise Pack, please visit our flower store.