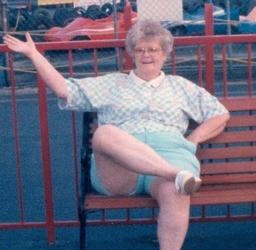 The family would like to offer a special thanks to: Dr. Steve Sanders, the staff of the 7th floor at Gadsden Regional, the staff of Albertville Health and Rehab, and the staff of Hospice of Marshall County.

Family will accept flowers or in lieu of flowers donations may be made to Shepherd's Cove - Hospice of Marshall County.

To order memorial trees or send flowers to the family in memory of Louise Oliver, please visit our flower store.