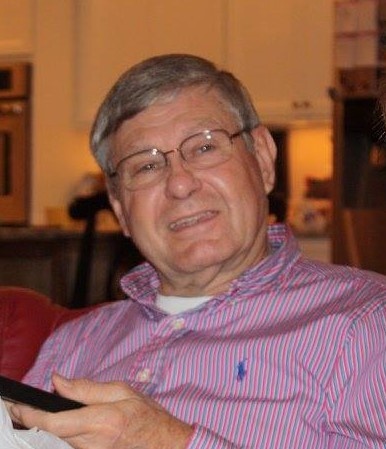 Leslie Eugene Ellis, 77, passed from this life to his heavenly reward on Thursday, November 8, 2018, following a sudden illness.  He leaves behind his wife of 50 years, Jo Ann Berry Ellis, his daughter, Kim Walker, and her husband, Brian Walker, his son, Lee Ellis, and his grandchildren, John Thomas Walker and Caroline Walker.

Mr. Ellis graduated in 1959 from Etowah High School, where he played football under Coaches Jim Glover, G.B. Beasley, and Ben Pillitary, men who influenced his life on and off the field, and whom he respected and loved his entire life. In a similar way, he cherished his friends from the EHS Class of ‘59, especially the members of the reunion committee.  He graduated from Jacksonville State University in 1980.

Mr. Ellis, who always had a strong work ethic, began working at age 13 at BeeBo’s Car Wash. He was a member of the Air National Guard.  He retired from Goodyear after 34 years of service. Before, and after retirement, he was a cattle farmer. He also built, with the help of his brothers, a store building, The Friendly Farm. He immensely enjoyed meeting and talking with customers.

For most of his life, he was a trustee, Sunday School teacher, and deacon at Rockledge Baptist Church. After his beloved church closed, he found a new church home at Carlisle Baptist Church, whose pastors, leaders, and members became like family, in the truest sense of the word.

A Celebration of Life will be held at 2:00 pm on Sunday, November 11th at McRae’s Funeral Home  with burial to follow  in Bethsaida Cemetery. Visitation will be held from 5:00-8:00 pm on Saturday, November 10th.  Officiating will be Rev. Paul Lackey and Rev. Scotty Tarvin. Pallbearers will be Phillip Traylor, Tim Griswold, Greg Noojin, Matthew Shirah, Bill Walker, and Don Rickles.  Honorary Pallbearers will be the Brotherhood at Carlisle Baptist Church.  In lieu of flowers, the family requests donations be made to Carlisle Baptist Church Building Fund or the Ellis-Walker Scholarship Endowment at Auburn University.

To order memorial trees or send flowers to the family in memory of Leslie Ellis, please visit our flower store.