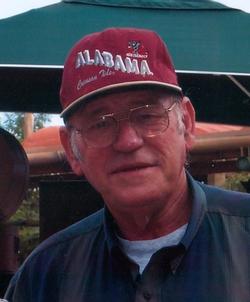 Funeral service will be Tuesday, June 14, 2016, Two o'clock p.m. at McRae Chapel with interment to follow in the Hillcrest Cemetery. McRae Funeral Home is in charge of the arrangements. Visitation will be Monday evening from 6 - 8 at the funeral home.

Mr. Presley was born in Gadsden, Alabama on December 18, 1937 to Barney & Imogene Culpepper Presley. He was a retired truck driver.

To order memorial trees or send flowers to the family in memory of Kenneth Presley, please visit our flower store.