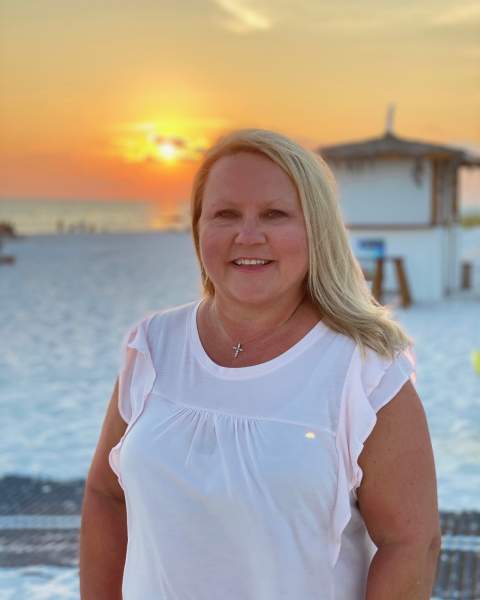 Funeral service will be held at Eleven o’clock am on Tuesday, Sept

6, 2022, at Mt. Vernon Baptist Church with Bro. David Martin and Bro. Terry Burke officiating. She will lie-in-state from 10 until service time at the church on Tuesday. Visitation will be on Monday evening from four o’clock pm until 8 o’clock pm at the church.

Mrs. Adams was born in Alabama on October 1, 1966, to Ricky & Mary Lowery Burke. She was the marketing director for People’s Independent Bank and a pillar of the community. She was a devoted wife, mother, and granna.

To order memorial trees or send flowers to the family in memory of Kelly Burke Adams, please visit our flower store.