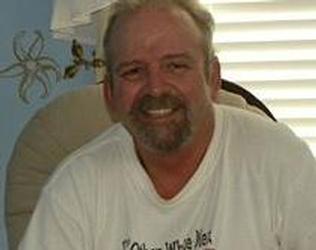 Mr. Hatley was born in Alabama on Nov. 19, 1961 to Johnny Preston & Helen Juanita Whitlock Hatley. He was a surveyor by profession and an avid music lover and musician.

To honor his wishes and his memory in lieu of flowers the family requests donations be made to support a scholarship for 2016 Boaz High School graduate, preferable a graduate who plans to study music at Snead State Community College. Make checks payable to: Boaz High School. Please include your phone number and driver's license number on you check. Checks can be mailed to Marty Hatley, 114 Gains Circle, Boaz, AL 35956 or given to Marty or Dan Whitlock. Donations should be received by April 1, 2016 so as to be presented to Boaz High School.

Contributions to the John Christopher Hatley Scholarship Fund are intended to honor Chris and to allow his legacy to live on through a 2016 BHS senior.

To order memorial trees or send flowers to the family in memory of John Hatley, please visit our flower store.