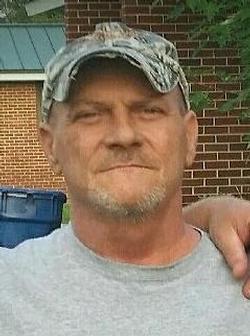 Mr. Joel Bruce Scott, 54 of Cooper Courts, Boaz, died Sunday, March 6, 2016 at his residence. Service will be Thursday, March 10, 2016; Two o'clock p.m. at McRae Funeral Home Chapel with Bro. Cody Nugent officiating. Interment will follow in Old Clear Creek Cemetery. McRae Funeral Home, Boaz is in charge of the arrangements. Visitation will be Wednesday evening from 6 until 8 at the funeral home. Mr. Scott was born in Alabama on April 13, 1961 to Joseph Edward & Dora Lucille Selvage Scott. Mr. Scott is survived by his Brothers: Doyle Scott of Boaz, Darrell Scott of North Carolina and half-Brother: Jerry Scott of Albertville, Half-Sister: Ann Ivey of Douglas, and many Nieces, Nephews and Cousins. He was preceded in death by his Parents: Joseph Edward & Dora Lucille Scott.

To order memorial trees or send flowers to the family in memory of Joel Scott, please visit our flower store.