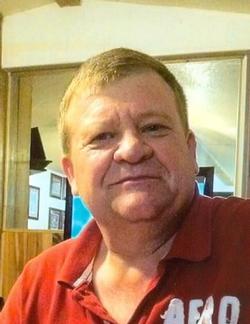 Mr. James W. Watson, Jr., 54, of Boaz, died Friday, February 24, 2017 at Marshall Medical Center South. Service will be at 3:30 p.m. Sunday, February 26, 2017 at McRae Funeral Home Chapel with Alan Hallmark and Bro. Roger Watkins officiating. Interment will follow in Bethsaida Cemetery. Visitation will be Saturday evening from 6:00 p.m. until 8:00 at the funeral home. McRae Funeral Home, Boaz in charge of the arrangements Mr. Watson was born in Georgia on May 24, 1962 to James Watson, Sr & Wilma Jane Nobles Watson. He was a supervisor with a rail car company.

To order memorial trees or send flowers to the family in memory of James Watson, Jr, please visit our flower store.