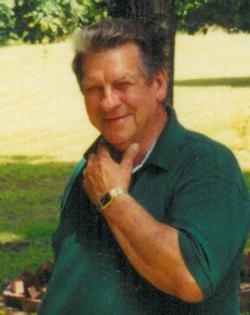 James Owen "Joe" Caswell (77) "Joe", went home on Monday, December 22 after his long battle with congestive heart failure and cancer. He was born in 1937 in Guntersville to Henry and Kate Caswell. A couple of years later "Little Brother" came along and the family was complete with Charlie. They worked together on everything, even in their adult years at numerous jobs. Joe's true God given talent was playing guitar. He learned to play from one of his favorite uncles, Edgar Caswell. He mastered the art of playing and shared this talent with friends through the years. Now, if you asked him, he would humbly reply, "I play a little"; however, he could make an electric guitar beautifully speak the words of your request. In February 1966 he met the first love of his life, Bonnie McWhorter. He was smitten by her and by September they were married and settled in Boaz. They shared many wonderful years and memories together; such as his love for motorcycles, music, and entertaining. Joe held many jobs through the years, and along the way he made a couple of long-lasting friendships, of which he was most grateful for. He enjoyed working at Monsanto in his early years and he worked at the Lee Plant until its closing. He also worked at the Billiards Hall in Boaz during his later years. Among having a talent of playing music, he also had a talent for playing pool. It was a talent he perfected at an early age, and he even got to play with professionals from time to time. Some years ago on Friday nights, Joe started playing music with a few of his closest friends at the senior center in Arab. This dance became a lot of fun for him and the guys, along with a lot of the locals. On Saturdays you could find Joe hanging out at Boaz Music & Sound, spending time with Clifton. It was during this time that he found the second love of his life, Mary Lee. Joe is survived by his daughter, Charleen Caswell Lemons and Grandson, Samuel Owen Lemons of Gallant. Sister-in-Law, Ethel Caswell of Joppa, Brothers-in-Law, Jack McWhorter of Oxford, Roger McWhorter (Donna) of Mississippi, Sister-in-Law: Bo (Art) Cantrell of Arkansas, Special Friend and caregiver, Ms. Mary Chavies, caring friends, Tona Melfi, Christy Tripp, and Lanette Pruitt, all of Boaz. And a host of nieces and nephews. Joe was preceded in death by his parents, his wife, his brother, and several in-laws. Service will be held Saturday, Dec. 27, 2014, Eleven o'clock a.m. at McRae Chapel. Bro. Terry Tibbs will be officiating with interment to follow in Shiloh Cemetery near Steele. McRae Funeral Home, Boaz is in charge of the arrangements. Visitation will be Friday evening from 6 - 8 at the funeral home.

To order memorial trees or send flowers to the family in memory of James Caswell, please visit our flower store.