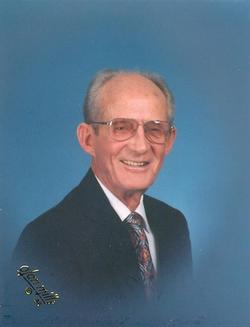 Mr. Jack Rigsby, 85, of Boaz, died March 13, 2014. Services will be two oclock p.m., Saturday, March 15, 2014 at Mt. Vernon Baptist Church with Brother David Martin and Brother Keith Dodd officiating. Brother Nathan Burns will provide music. Mr. Rigsby will lie in state from 1 until 2 at the church. Interment will follow in Hillcrest Cemetery. McRae Funeral Home will preside over arrangements. Visitation will be Friday evening 6 - 8 at the funeral home

Mr. Rigsby was born in Marshall County February 9, 1929 to the late Luin C. Rigsby and Eula Bell Horton Rigsby. He was a member of Mt. Vernon Church. Mr. Rigsby served in the United States Army during the Korean War. Jack began work at the Boaz Gas Board in 1955 and served as the manager for 43 years. He also served as a director of the Southeast Gas Acquisition Company.

To order memorial trees or send flowers to the family in memory of Jack Rigsby, please visit our flower store.