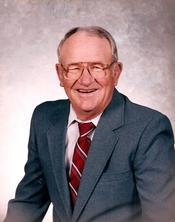 Funeral service will be 2:00 p.m. Saturday, Feb. 2, 2013 at McRae Chapel with burial to follow in Bethlehem Cemetery. Bro. Wayne White and Bro. Jason Dendy officiating. McRae Funeral Home of Boaz Alabama is in charge of the arrangements.

Mr. Payne was born in Alabama on April 10, 1919 to George and Maggie Davis Payne.

To order memorial trees or send flowers to the family in memory of Grady Payne, please visit our flower store.