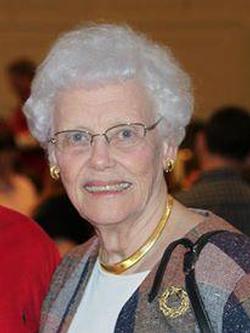 Funeral service will be Tuesday, June 7, 2016, One o'clock p.m. at McRae Chapel with interment to follow in the Mt. Zion Cemetery. McRae Funeral Home is in charge of the arrangements. Visitation will be Tuesday from 11:00 a.m. until funeral time at the funeral home.

Mrs. Edmondson was born in Alabama on July 5, 1936 to Bud and Bernice Horton Pearce. She was a homemaker.

In lieu of flowers the family suggests donations to either the Marshall Cancer Center or to the Albertville office for Alacare Hospice.

To order memorial trees or send flowers to the family in memory of Geraldine Edmondson, please visit our flower store.