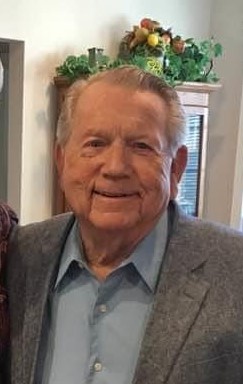 Service will be held on Tuesday, August 4, 2020 at two o’clock p.m. at the Bel-Air Baptist Church with Dr. Chet Roden and Bro. Welton Brooks officiating. Interment will follow in the Lathamville Cemetery. Visitation will be on Tuesday from Noon until service time at the church.

Mr. Cofield was born in Alabama on August 31, 1935 to Henry Gaither & Mable Owens Cofield. He was a retired electrician. Gerald and Betty Peppers Cofield were married on April 17, 1954. In April, they celebrated 66 years of marriage. No greater love has been shared between two people.

Gerald was a Charter Member of Bel-Air Missionary Baptist Church. He was very instrumental in the formation of the Church and dedicated his life to working in his church. He was ordained as a Deacon on August 3, 1975. He served in many positions during his life in the church, Chairman of Deacons, Sunday School Director and Music Director. He was always willing to help in any way possible with his church.

Gerald served on the Boaz Beautification Board for many years. He was a member of the Marshall County Master Gardeners and also a long-time member and current President of the Blount County Wildflower Society.

Everyone that knew Gerald, knew what a great man he was. He has left a great legacy for his children, grandchildren, and great grandchildren. He will be fondly remembered throughout the history and future of his Church. He was a well respected man throughout the City of Boaz and in all the groups and associations to which he belonged.

To order memorial trees or send flowers to the family in memory of Gerald Cofield, please visit our flower store.