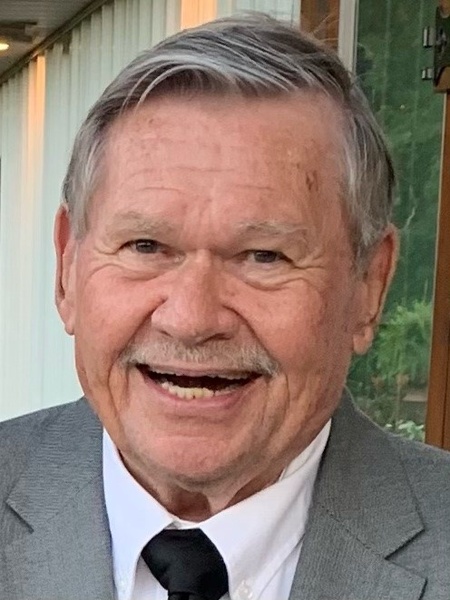 Service will be Tuesday, October 27, 2020, at ten o’clock am in the McRae Funeral Home Chapel with Jeri Manasco and Thomas Wortham officiating. Interment will follow in the Memory Hill Cemetery. Visitation will be Monday evening from 6 until 8 at the funeral home.

Mr. Alsup was born in Marion, North Carolina on June 25, 1940, to Frank S. and Leota Hogan Alsup. His dad became the district manager for V. J. Elmore in Alabama, where Frank would live almost his entire life. He graduated from Albertville High School in 1958, He then entered Atlanta School of Electronics where he graduated in 1959. On September 5, 1959 he was hired as an assistant manager to V.J. Elmore. His first assignment was to Andalusia, Alabama where he met his wife, Glenda Morgan. They were married March 6, 1960, after knowing each other for only 6 months. They had two children, Frank Keith Alsup and Dana Faye Alsup. Frank Keith was born August 2, 1962 and died on August 5, 1962. Frank joined the Air Force National Guard in Dothan, Alabama in September of 1962. He served his basic training in Texas. Then he went to school in Greenville, Mississippi. After completion he returned to his job with V.J. Elmore as manager in Samson, Alabama. On April 2, 1965 their daughter, Dana was born. He worked for V.J. Elmore until 1978. He and his dad opened their own business, Frank’s Variety Store in Albertville. The store closed in 1998. He was employed with K-Mart then Walmart in Boaz and retired on Feb. 4, 2020.

To order memorial trees or send flowers to the family in memory of Frank Alsup, please visit our flower store.