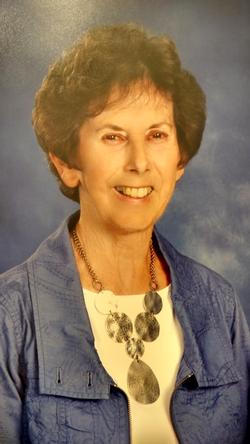 She was born in Richmond, VA on March 15, 1940, daughter of the late Leslie and Cecil Steckley. She graduated from the University of Connecticut in 1963 and married Robert C. Toole, the love of her life, in 1965. She lived a full and wonderful life and was devoted to the Lord, her children, and grandchildren. She had a servant’s heart and volunteered as a Guardian Ad Litem in Florida and became involved in many ministries when she moved to Albertville in 2007. Elaine served at the Real Life Crisis Pregnancy Center, with Christmas Coalition, and in many ministries of her church, Grace Fellowship Church in Albertville.

She was preceded in death by her husband, Robert C. Toole. She is survived by her daughters and sons-in-law Lesley and Doug Kubik of Mt. Hebron and Michelle and Steve Scaramuzza of Aldan, PA; her brothers Charles Steckley of Cape Coral, FL and Brian Steckley of Bennington, VT; and her five grandchildren, whom she absolutely adored, Kyle Kubik, Stephanie Kubik, Jonathan Kubik, Daniela Kubik, and Sydney Scaramuzza.

The family will receive friends from 10 a.m. to Noon on Saturday, December 20, 2014 at Grace Fellowship Church in Albertville with a memorial service immediately following with Pastor Jackie D. Gaston officiating.

In lieu of flowers, the family requests donations be made in her name to the Real Life Crisis Pregnancy Center, P.O. Box 1432, Albertville, AL 35950.

To order memorial trees or send flowers to the family in memory of Elaine Toole, please visit our flower store.