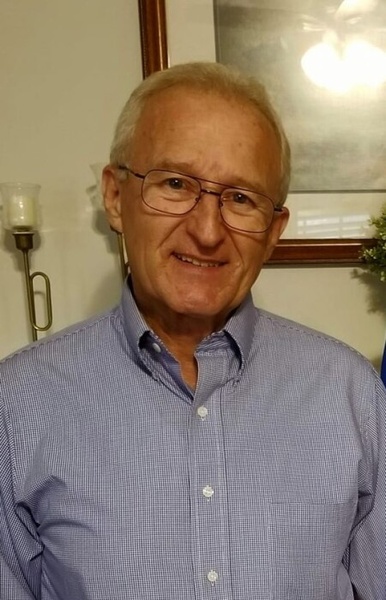 Funeral service will be held Monday, September 28, 2020, at 2:30 p.m. at McRae Chapel with Dr. Aaron Johnson and Rev. Ronald Long officiating. Interment will follow in the Marshall Memorial Gardens. Visitation will be on Monday from 1 until service time. The family request strict observance of Health Department guidelines for the use of masks and social distancing. Please save your hugs and handshakes for a healthier time.

Mr. Walker was born in Guntersville, Alabama on February 11, 1947 to Homer Daniel & Flora Louise Jones Walker. He was a retired Army Veteran. He was kind, generous and a hard worker. Though he lived briefly in other parts of the country and the world while serving in the military, he lived most of his life in Marshall County, Alabama. He had more friends than anyone could count and was always willing to help others.  The number of yards he cut for widows and others who were having physical problems and couldn’t do it themselves cannot be counted. He would just show up and start mowing and always declined any pay for his labors. He was a very talented singer and guitar player, but rarely let anyone outside the family know about it. He was a woodworker and especially enjoyed making Christmas decorations from driftwood or any other unusual thing he happened to find. These items always made the receiver very happy. His favorite hobby of all was landscaping his yard, and it was usually the prettiest yard in the neighborhood.

Doyce was loyal to his family and friends. He loved his wife of 41 years, Ellen Edgar Walker. They enjoyed each other's company. They were able to travel some in the earlier years and had some great times, going to such places as Alaska, Montana, Colorado and the Grand Canyon. Having lost his only son at age 22, Doyce especially enjoyed visits with many nieces and nephews. They were all crazy about him and had many adventures with their Uncle Doyce.

Everyone who met Doyce was immediately taken by his nice smile and welcoming nature. He and his friends from school days are still very connected. They could tell stories about some of the “mischief” they got into and have everyone in the room laughing.

Doyce was an avid Alabama fan and watched every game. At times, he was willing to watch games with people who pulled for the “wrong” team. But when Alabama and Auburn were playing, watch out. He was pulling for Alabama every second.

His family and friends will miss him greatly. Our lives will not be the same without him.

Mr. Walker is survived by his Wife: Ellen Ruth Edgar Walker of Madison formerly of Boaz, Brother & Sister-in-Law: Robert & Pat Walker of Albertville, Sisters: Evelyn Ruth Tyler and Gayle Benson both of Florida, 11 Nieces and Nephews. He was preceded in death by Parents and Son: Jason Walker and Brother: Kenneth Walker.

To order memorial trees or send flowers to the family in memory of Doyce Walker, please visit our flower store.