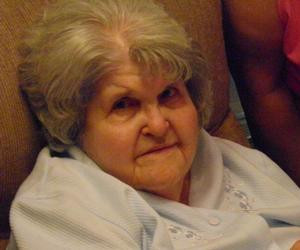 Mrs. Mitchell spent her life in service to young people as a teacher. Her early teaching career began in a small school house in 1938 when she was only nineteen-years-old. She attended Snead Community College in Boaz and was graduated from Jacksonville State University in Jacksonville, Alabama with a degree in Elementary Education. She spent the bulk of her teaching career in the Attalla City School System teaching third grade at the Fourth Street Elementary School until her retirement in 1981.

Mrs. Mitchell was member of Julia Street Methodist Church and the Eastern Star. She lived the last 8 years of her life under the loving care of Linda Brackett.

She will be interred in Hillcrest Cemetery with a private graveside service. Bro. Scotty Tarvin will be officiating.

She will be greatly missed by all who knew and loved her.

In lieu of flowers the family requests donation be made in Mrs. Mitchell's name to Shepherd's Cove Hospice, 408 Martling Road, Albertville, AL 35951.

To order memorial trees or send flowers to the family in memory of Doris Mitchell, please visit our flower store.