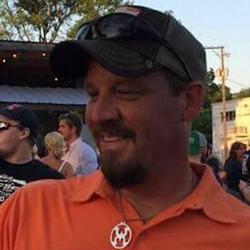 Funeral service will be Thursday, April 21, 2016, Three o'clock p.m. at McRae Chapel with interment to follow in the Friendship Cemetery. McRae Funeral Home is in charge of the arrangements. Visitation will be Wednesday evening from 6 - 8 at the funeral home.

Mr. Smith was born in Alabama on May 8, 1972 to Carl Smith, Sr. and Jean Hill Smith. He was a warehouse manager with the Army.

To order memorial trees or send flowers to the family in memory of Carl Smith, Jr, please visit our flower store.