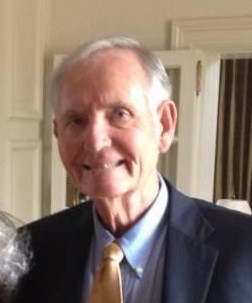 Billy Gene Murdock age 89 of Boaz, Alabama passed away August 19, 2021, at his home. He was predeceased by his parents, Earnest Patton and Elizabeth Jenkins Murdock, his sister and brother-in-law, Evelyn and Bernie Clayborn.

Bill was born on July 29, 1932 in Boaz, Alabama and graduated from Boaz High School in 1950 after which he joined the United States Coast Guard and served for 3 years. He graduated from The University of Alabama in 1958 with a B.S. degree in Commerce & Business Administration. Bill worked in management for the Goodyear Tire & Rubber Company in Gadsden, Alabama and later for Goodyear International where he lived in Mexico City, Mexico, Manila, Philippines, Melbourne, Australia, and New Delhi, India. He was a member of First Baptist Church, Boaz. Bill enjoyed playing golf, cards, pool, and Alabama football.

To order memorial trees or send flowers to the family in memory of Bill Murdock, please visit our flower store.