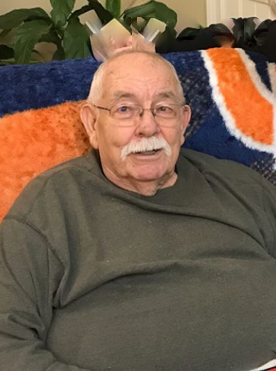 Service will be held on Wednesday, February 28, 2018 at two o’clock p.m. in the Chapel of McRae Funeral Home. Bro. Mark Parris will be officiating. Interment will follow in the Hillcrest Cemetery. Visitation will be on Wednesday from noon until funeral time at the funeral home.

Benny Webster Taylor was born in Boaz on October 12, 1933 the son of William and Mabel Taylor and grew up on Sand Mountain working on the family farm. He graduated from Boaz high School in 1954 and married Earlene Pankey in 1956. The couple moved to Albuquerque, New Mexico as Ben served in the 101st Airborne division of the United States Army. After the birth of their only son Juan Jose (J.J.) in 1958, He attended and graduated from: Snead State Community College ( associates degree), Jacksonville State University (bachelor's degree), and Troy State University (master's degree). During this same timeframe, ben worked multiple jobs (truck driver and press operator at Auburn print shop) as Earlene earned her degrees from Auburn University.

Ben moved his family in 1970 to settle in Columbus, Georgia and began a long college education / teaching career in marketing/ management at Columbus Technical Institute and Earlene taught college at Columbus State University. He worked there from 1970-1994 and retired after 24 years. After Ben retired from college teaching, he and Earlene returned to Boaz and built their "dream" retirement home on 60 acres on Highway 168. He became a substitute teacher for many years for Boaz Middle and High School in the late 90s. Ben loved his grandchildren: Jessica and Jarrett Taylor and loved and appreciated his future Daughter-in-Law: Tona Melfi and her son James and honorary great grandchildren Brooklynn and Amara Oaks.

An academic scholarship will be established honoring him at Snead State Community College. Donations in his name in lieu of flowers are welcomed.

To order memorial trees or send flowers to the family in memory of Benny Taylor, please visit our flower store.